On August 2nd, I went on my second in-person experimental field trip (ahem, ahem celebration) at the Center of Wooden Boats! When I arrived, I went to the learning center where I explored their gift shop (bought a cool sailing pin) and learned about its history. The CWB also has a fascinating program for high schoolers where you can help build a sailboat out of wood. Unfortunately, more and more boats are being made of fiberglass nowadays, so check it out if you’re interested!

Later, I headed down to the dock to help set up the BBQ, putting streamers and other decorations on the tents. On the way, I noticed some water sprays next to the center — great for a hot day like that one. After setting up, it was time for the celebration! 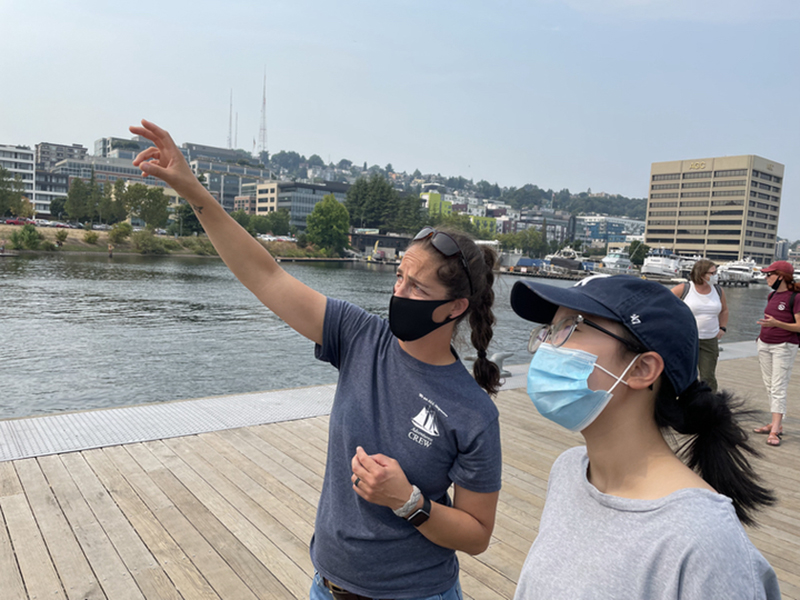 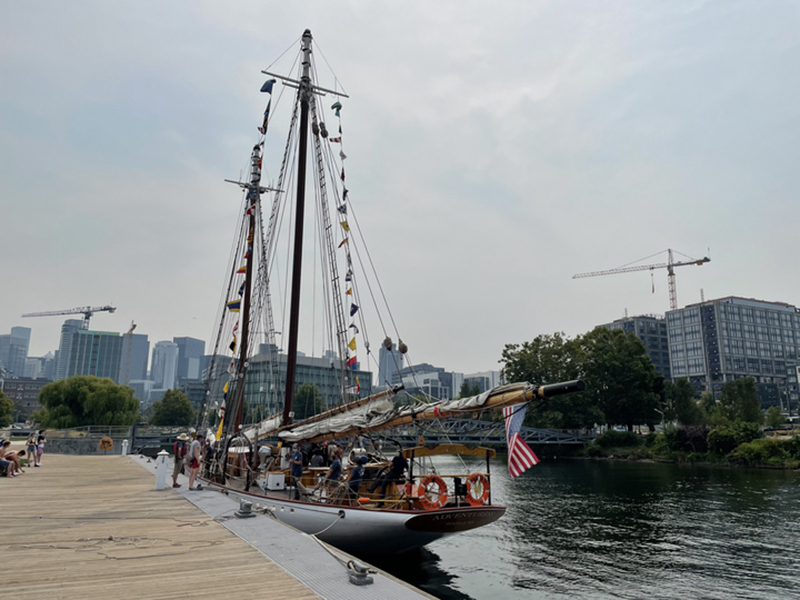 The DJ started DJing some awesome music and the food and drinks were laid out on the tables — but first, there were some intros to the partner organizations such as the Center of the Wooden Boats, the newly-opened Maritime High School, NOAA, the Sound Experience, the Seattle Skills Center, and Seattle Goodwill. It was interesting to learn about the different programs, experiences, or opportunities each organization offered, such as the Seattle Skills Center for Seattle Public School students, where they offer a maritime class (for free w/ high school credit), and part of it is learning how to sail; or the experience with the Sound Experience — you can be part of the crew for Adventuress. If you’re interested in exploring maritime, definitely look into them!

After the intros to the partner organizations, it was time for food! There were burgers, chips, salads, and drinks. When people were done, they could either head out to swim or canoe — I did neither, preferring to hang out onshore. However, it wasn’t long until I was swept away to see the amazing ship: Adventuress! Adventuress is a 133-foot ship that is more than a hundred years old and is a National Historic Landmark. She has since been restored over the years, but the bell and some parts of the keel are still original from a century ago. Luckily, I had the opportunity to personally have a tour of Adventuress with the group! Did you know that under the deck, if there’s an overnight trip, up to 37 people can sleep there? Also, because the steering wheel had to be directly attached to the rudder of the ship (at the time of which it was built), did you know that Adventuress is steered from the back of the ship instead of the front? Therefore, the skipper needs to face forward, rotating the wheel from “behind.” After the tour, I came back to the dock, where there were a bunch of people dancing and eating ice cream. We all took a group photo and started putting everything away. Honestly, all in all, I thought this was a great experience where I learned a bunch about the possible opportunities in Maritime, and if I have the chance to be on Adventuress again, I’d take it! 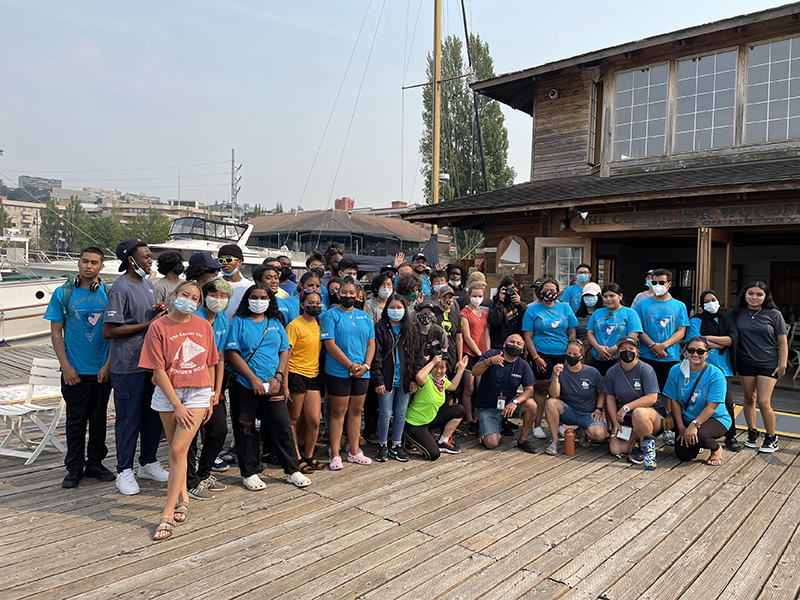 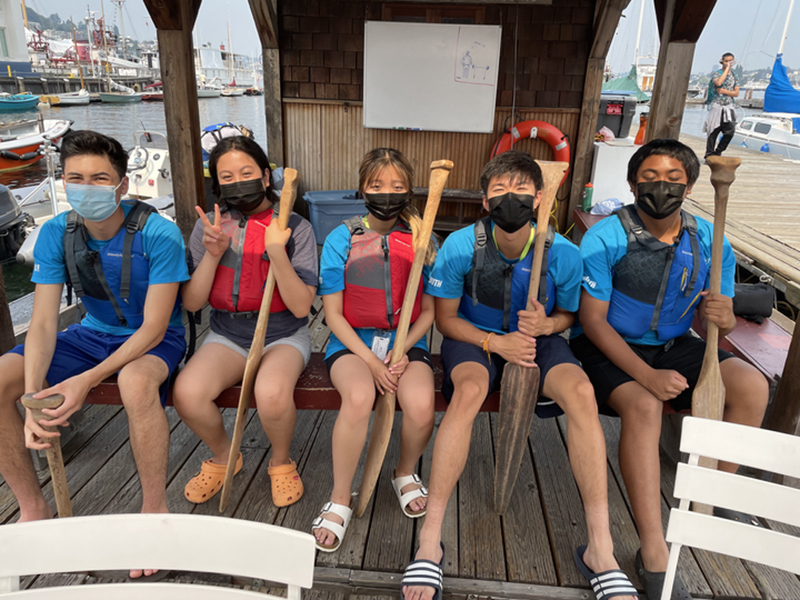 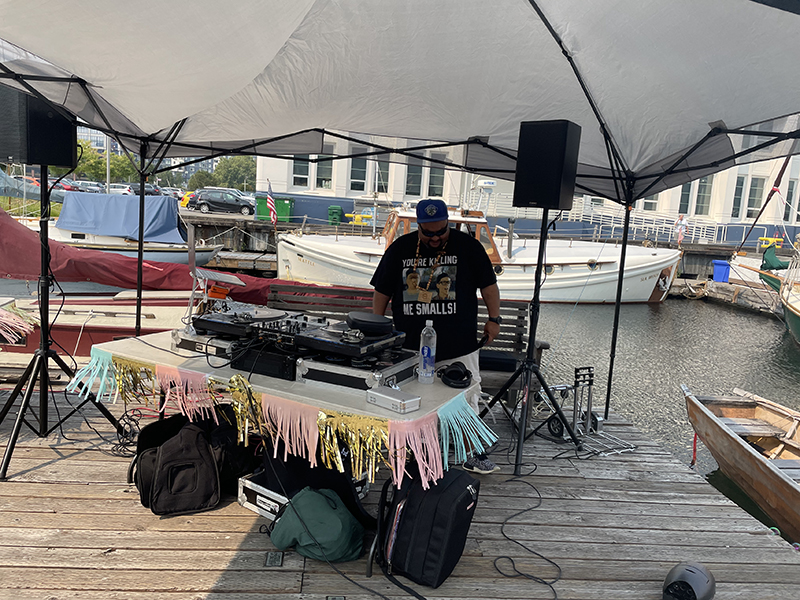